Open Streets Wausau: This is what I live for 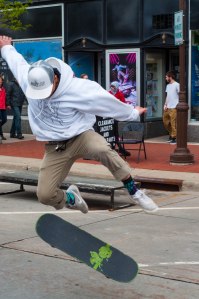 Wausau had its first experience with Open Streets in  May, and I’m still grinning ear to ear about it.

If you live in a city like Portland, or Bogota, Colombia, then you likely already know exactly what an open streets or cyclovia event is all about. A loop of streets is closed down for a block of time, essentially turning the street into a makeshift parkway for bikes, skaters walkers, skateboarders — hell, you could grab a pogo stick if you so desire.

But this isn’t Portland or Bogota — this is Wausau, and the fact that our city even has such a thing is a huge mark of progress for our city.

Why? Because Wausau for a long time has been deeply entrenched in car culture. Anyone who used a bicycle for transportation knows the pain of trying to do so in Wausau. Even 10 years ago, it was hard to bike any significant distance without someone yelling something out a car window at you. Bike accommodations were unheard of. A common question when someone would see your bike gloves would be “you biked here?”

In 2010 I moved to Stevens Point, and was pleasantly surprised by what I found there. Whereas Wausau has just developed its first bike/ped plan, Stevens Point was working on its second (it’s important to note these are 25-year plans). Riding the streets felt like a dream compared to Wausau. First off, there were far more people riding bikes, or walking to destinations, which meant that drivers were far more likely to give people leeway, to actually stop for pedestrians and biking just felt a lot safer and smoother. Stevens Point’s road networks are basically one big grid, which meant for every busy road there was a much quieter street to ride my bike down to the same destination. 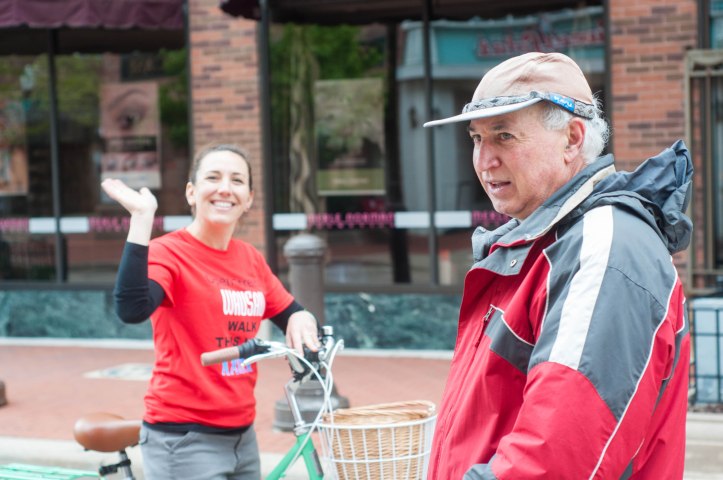 Point is also where I met Bob Fisch, otherwise known as the Chief Bike Fun Officer of Poky Pedaling Stevens Point. My very first thought, when he told me about Poky Pedaling, was “why do we need another bike group?” But as I got to know Bob and his group, I understood — this is a needed activity/group in every city, and I have since started my own in Wausau. Bob and his Poky Pedal philosophy has since had a huge influence on me. In another post I will talk more about it, but it has a lot to do with how you look at a bicycle. I think about bicycles differently because of Bob’s influence. Here’s a quick checklist of things (not in any order nor exhaustive):

So, Point good for biking, Wausau bad, right? Well, while I was gone, there was a major shift. As I mentioned, Wausau had just finished its first bike plan right before I left. By the time I returned in November 2014, suddenly there were bike lanes everywhere. Paths had been completed. The city’s bike/ped committee became a force, with each meeting attended by police and planning/engineering staff whose response to requests are “let’s find a way to make that happen” instead of “we can’t because X, Y, and Z.”

I spent most of the Open Streets hanging out with Bob, delighting in the food, fun things such as live music and bike polo, and all the familiar Wausau faces I ran into. (Many don’t know, but a Stevens Point alderman was even amongst the festivities!)

Something Bob said to me rang true, and illustrated the difference between Wausau before I left and Wausau now: It seems like Stevens Point has more cyclists in general, but there’s much more momentum for cycling in Wausau. (Not en exact quote – I wasn’t taking notes!)

I think Bob perfectly articulates how I feel about bicycling in the Wausau area. There’s a lot of momentum toward bike/pedestrian accommodations. The newly created River’s Edge Trail is an example of that. With its expensive but impressive bike bridge as the cap on the project, the trail is a gem just north of the city’s downtown, which runs through the city’s flagship park. City leaders are understanding that improving Wausau’s livability is a key to attracting a new workforce and making sure people set up shop here, and not somewhere else. While the state is dead last in start up creation, Wausau is bucking the trend as one of the top startup sites in the state.

To me, Open Streets was a perfect celebration of Wausau’s newfound and strong momentum toward bike and pedestrian concerns. These things make your city more fun to live in, and that’s what this is all about.

I’m B.C. Kowalski, writer and photographer, among other things, in Wausau, WI. I also write books, including the Robot Awareness series, and I run Define Photography. Follow me on Twitter too!