Why you should never apologize for your previous work 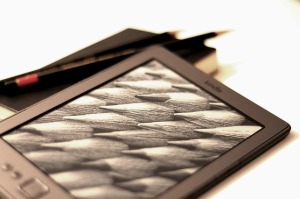 I remember the conversation vividly: “Here’s a promo card for my book, but my newest work is the one I’m most proud of.”  I said this to Tim Seeley, creator of Hack/Slash and Revival, the latter which is set in my hometown. Mainly it felt nice to reconnect with a former high school classmate, now both as creators. (There’s a part of me, of course, that dreamed he would read one of my works and want to recreate it as a graphic novel. Hey, a guy can dream!)

I’ve had a few of these conversations with people. There’s a part of me that wanted to erase Robot Awareness’s existence. The series is my first effort (something I’ve later learned is a mistake) and when I think what I’m writing now, it doesn’t hold up, or at least that’s how I feel. As Ira Glass once said, you have to write poorly before you can write good. Chuck Lorre has said something similar, I believe, in one of his vanity cards.

Don’t get me wrong — I love Robot Awareness. I love the characters, and I love that they’ve surprised me as I’ve read the series. I think the story is a good one, and I think I shaved enough needless story arcs out of the series to make it worth reading.

Robot Awareness was a learning process. I’ve felt that it taught me how to tell a story in the long term, to build toward something. There are things I did right: knowing exactly how the story is going to end and working toward that; and wrong: trying to mix together way too many themes and plot threads. I think I narrowed it down and later installments are much more focused and to the point.

But what about Part I? There’s always been this fear that Part I was beyond saving, that because it was the first part, that no matter how many revisions it would never live up to future installments, or other projects that I’d undertaken. I almost felt apologetic about it.

That’s where I was a week ago when I set up a free promo for the series. I decided to open up the ODT file and do a little polishing. I read the first couple of scenes…

…and didn’t change a thing. I was taken aback. It was exactly as I wanted it. After reading the first couple of chapters, other than a couple quick tweaks, I scrolled to the bottom, updated the end note to link to Part II, and decided I was good to go.

I felt embarrassed. Why was I so convinced that Part I was so horrible? It really wasn’t. Granted, it took a lot of revision to get to that point. Much more than I would need these days.

But I also felt relieved. It’s a good book. It’s not perfect, but I set out to write a thrilling sci-fi read with a deeper message for those interested, and something enjoyable. It’s fun to read – that’s the most important thing to me.

So this weekend, as I travel to EgoCon and offer free copies, I can do so proudly.

Robot Awareness: Part I will be free this Saturday and Sunday. Or, read it free any time on Kindle Unlimited.